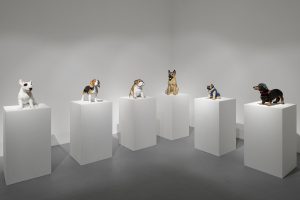 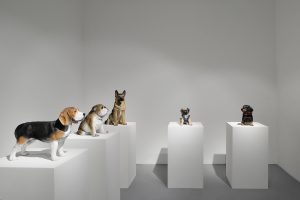 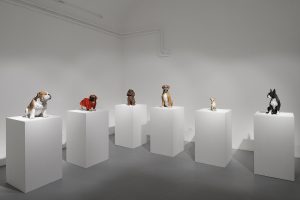 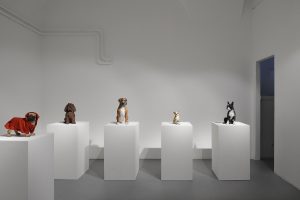 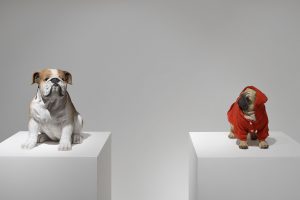 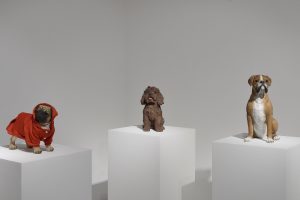 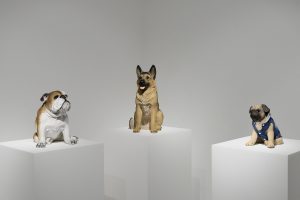 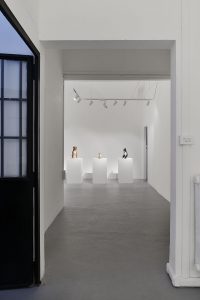 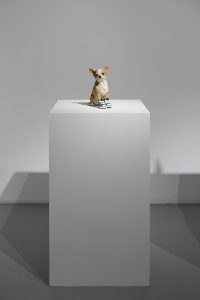 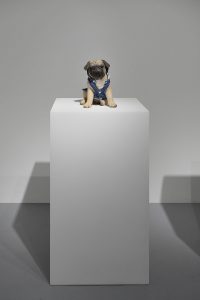 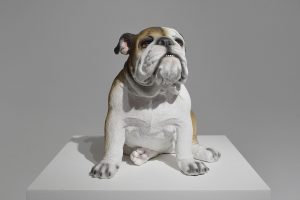 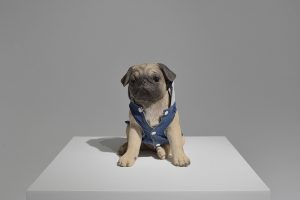 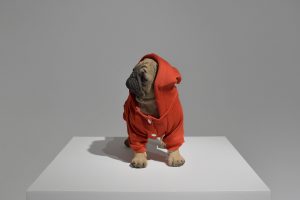 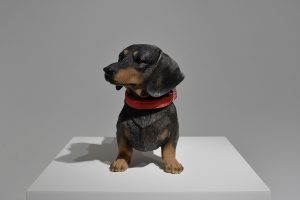 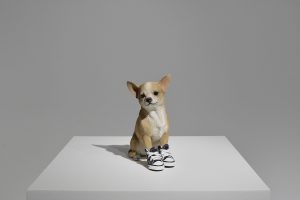 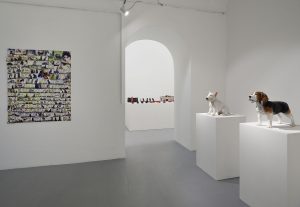 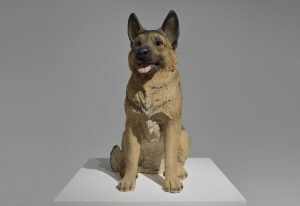 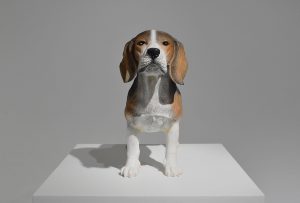 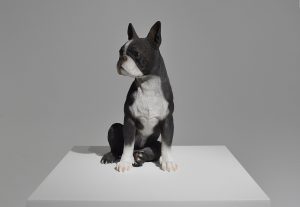 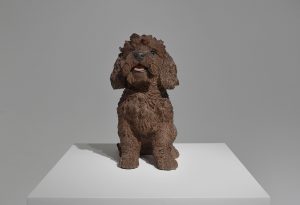 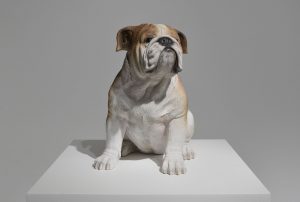 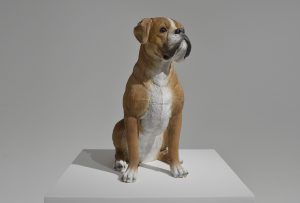 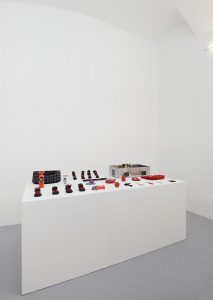 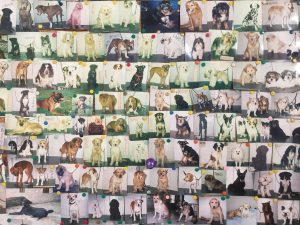 As the owner of Luna, I am amused to read that the latest craze in the sharing economy is ‘dog sharing’, i.e. the sharing of one’s dog, in addition to that of one’s car, home, workplace or other material goods. This phenomenon, especially widespread in the United States, responds to the desire to own a dog only for short periods, without taking responsibility in terms of time and costs, unless shared with other owners.

On this paradox of the dog-object as on many other extravagances related not only to the consumerism of the pet industry but in general of the times in which we live, reflects the work of Augustas Serapinas, born in 1990 and raised in Vilnius who, on crossing the threshold of Basement Roma, discovers Pretty Pets, the small pet salon next to the exhibition venue.

For the artist, Where is Luna? becomes the stage of a theater of the absurd, where, as an acute observer of other people’s lives, he places at the center of his research, finding a specific context, the people who dwell in it and the habits that regulate it, in a renewed orchestration of the banal daily life of a tiny pet salon.
This, like others, is the world that Serapinas analyzes in its multiple facets through the keyhole. As an acute, a refined and attentive observer of other people’s habits, the artist has the ability to extrapolate from every context an otherly meaning, the metaphor of a society that he investigates with an anthropological approach and a sincere interest in places, people, relationships.

And thus the wall that divides the two places, Basement Roma and Pretty Pets, becomes for Serapinas a metaphor full of possibilities. What is behind that wall? What would happen if we decided to take it down? What would we find on the other side? Would we enter into more direct contact with our neighbors? Are the places really communicating?

In a historical period in which the idea of border is extremely present due to the management of migratory flows thwarted by the Western governments, the breach of that wall takes on a strong political sense. Looking at artists such as Gordon Matta-Clark and Gregor Schneider among others, Serapinas knows that the architecture of places defines relationships, distance, barriers and that by metaphorically knocking down that wall we enter microcosms that lead us to reflect more broadly on the world.
Thus, Pretty Pets takes us back not only to the “dog sharing” phenomenon, to the pet industry – games, special foods, garments, wellness centers, gyms and hotels for our little friends –, one with a 20% yearly growth and which has transformed dogs, cats, and other pets into status symbols but also, in a wider sense, into the representation of ourselves, of a social well-being to be shown off, flaunted, photographed and shared, called to deal with desires, expectations and ambitions.