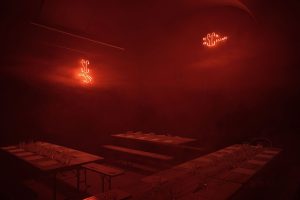 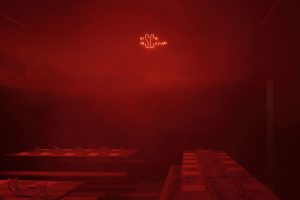 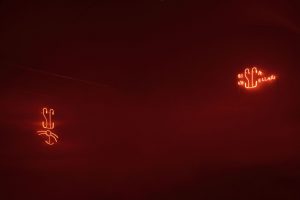 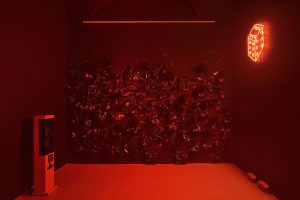 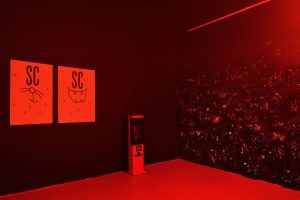 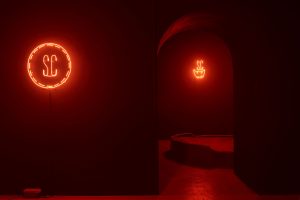 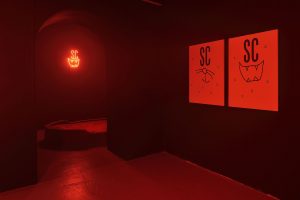 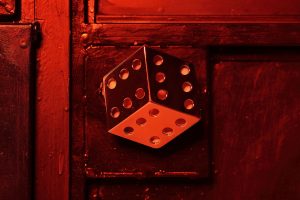 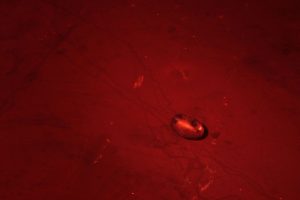 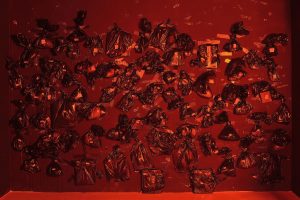 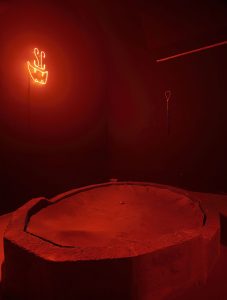 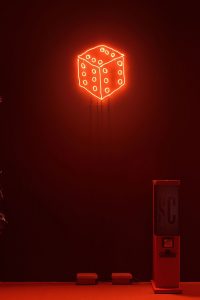 For Bisca Vascellari, a solo show at Basement Roma, Nico Vascellari takes over the Roman underground spaces from February, 21 to March, 21 for a series of five evening events. The first four dates are limited to 33 participants by invitation or booking only, while the last night will be a special event, yet to be revealed.

Hidden from passersby with a private club likeness, Bisca Vascellari converts the exhibition space into a place of entertainment and escapism. By entering the dark and smoky setting conceived by the artist, the audience becomes complicit in a clandestine dimension and accepts roles and rules that question the traditional use of exhibition spaces, conventions, and hierarchies. Use of mobile phones is not permitted, and guests are not allowed to take photos or videos.

Vascellari evokes the shady atmosphere of gambling houses, from European villages in the Middle Ages to tucked away alleys in our modern metropolis. Reflecting upon the economy of the contemporary art system, the artist stages a veritable dynamic of monetary transaction, based on fortune and chance rather than strategy and calculations.

In a true performative tradition, the show centers the audience as the absolute protagonist and essential component to activate the works. The ritual and playful dimensions overlap and combine. The artist is a tempting devil that galvanizes the darkest, most irrational, and instinctive side of the public. The intention is to break loose from the rules of reality and embrace those of the game, and to question the spectator’s role to allow them to become the main actor of the show.