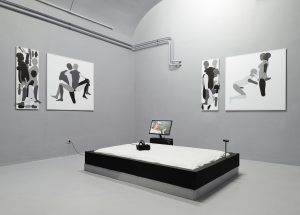 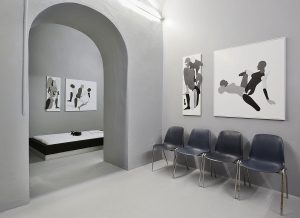 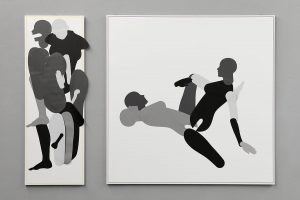 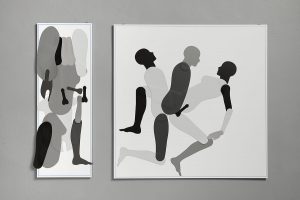 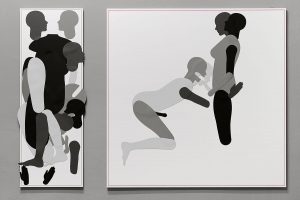 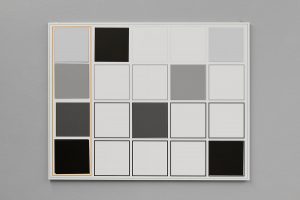 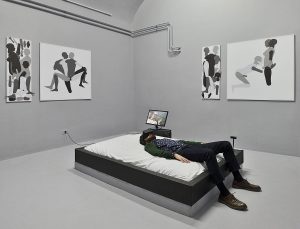 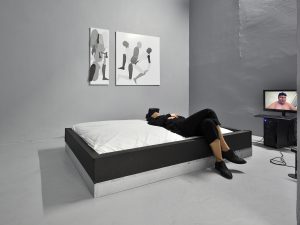 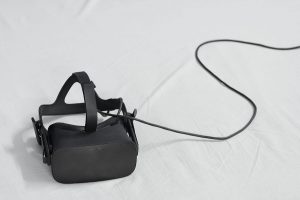 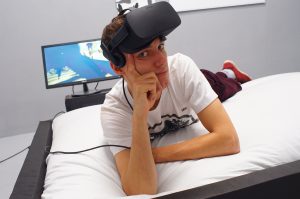 In Truth Table the gallery is converted into the provider of an experience: a new VR product that allows the viewer to occupy a changing host of bodies as they engage in a chain of sexual interactions. Within the cycle, the configuration of bodies constantly shifts, as does the viewer’s perspective. Variables are randomized, moving from familiar to unfamiliar, possibly aligning with a viewer’s own tastes and preferences, until inevitably drifting into the unknown and alien. In this experience, the user’s default assumptions of sexual taste are obfuscated and abstracted, resulting in a leveling out, in which each type and form is given equal emphasis.

Mechanically speaking, the installation is generated by a randomizing algorithm, distinct from the sorts of algorithms that shepherd users’ tastes in online social media platforms and content farms. Typically, these algorithms inspire an experience that has come to be known as the filter bubble: prior user choices are rendered into data, which are then analysed and used to predict what sort of content the user might enjoy being offered. The filter bubble is thus a space in which an individual’s views and aesthetic choices are compounded: their options are limited to those objects and opinions which already align with their taste. In this way, forms are reinforced and pushed to extremes as they avoid the friction of a counter point of view or disrupting image. The use of randomization in Truth Table pushes against this re-enforcing bubble; instead, equally distributed variables work to counteract expectations and predilections–the effect of which might at times feel jarring, as the rules that make up our image world are strippped back to reveal a mathematical model in its place.

In this sense, unlike simulations which aim at advancing psychological or scientific models, Fornieles’ installation instead offers users an experience more similar to a dream state, where scenarios play out as a disjointed version of their real world correlates, moving by their own momentum, while nonetheless implicating the viewer at each turn. Dormant phantoms lurk in the synapses, waiting to make themselves known.

Undergirding all of Fornieles’ work is an uncanny ability to tap into the deep structure of the human unconscious. The simulation on offer in Truth Table advances Fornieles’ trajectory, negotiating the psychosomatic forms of relationality implied by algorithmic content models, immersive virtual realities, and technologies of sexuality.