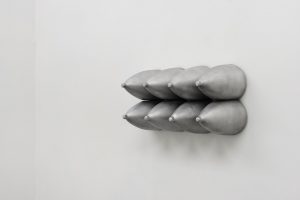 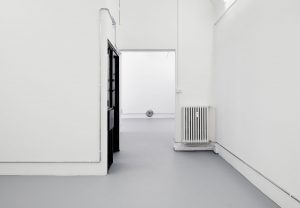 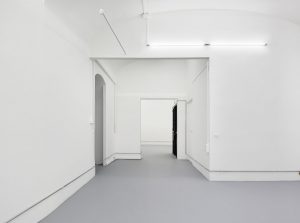 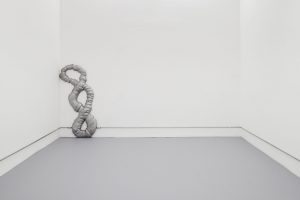 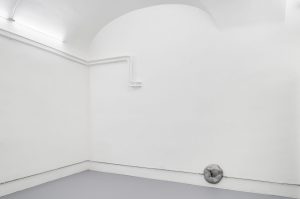 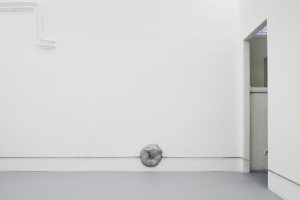 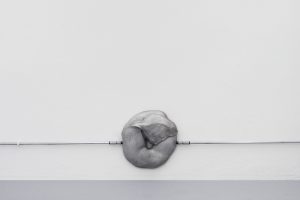 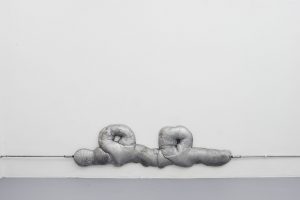 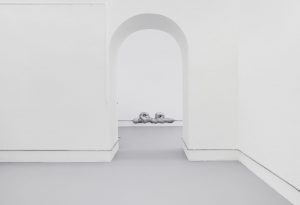 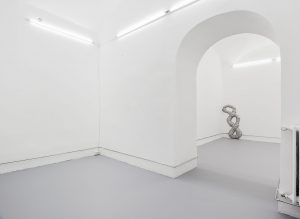 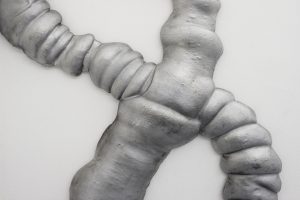 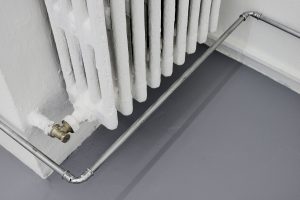 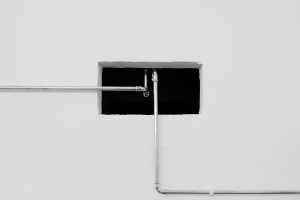 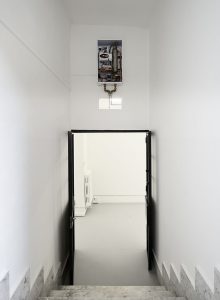 Scientists do not know how life began on Earth. As a matter of fact, we cannot know for sure what happened four billion years ago. It is largely accepted that life formed in a primordial hot soup of organic chemicals and that a bacterium is the common ancestor of all life. Mammals only appeared 200 million years ago. Our planet then offered an inhospitable, chaotic and hot environment. Heat is an essential element for the formation of life itself.

When descending into the spaces at Basement Roma heat starts vamping, slowly, in waves. Venturing even deeper, we are overwhelmed by it. It is a little bit like stepping inside a body, a humid stomach perhaps. A circuit of low-thin pipes connects the entirety of the gallery perimeter. There are no discontinuities, everything is connected.
Like a mammals’ circulatory system, this is a closed scheme, where the carried fluid never leaves the network.

The heat is generated via a boiler, which like a heart, pumps and regulates the temperature. The pipes enter three separate sculptures that define each of the exhibition rooms. One is larger than the other two and looks like a separate trail, similar to an alternative infinite symbol or a worm eating its tail. Like organs or intestines, the sculptures are perfused with hot water, therefore also functioning as radiators.

The three works installed are the latest in a series of heated sculptures that the French-born, UK-based artist Nicolas Deshayes initiated in 2015 on the occasion of his first solo exhibition in Glasgow, Scotland.

The sculptures are made of expanding polyurethane foam that Deshayes mixes and pours on his studio floor to create amorphous organic shapes. The selected forms are later sent to an industrial foundry in Birmingham to be sand-molded and cast with molten aluminum. Previous iterations of the sculptures were made in solid Jesmonite or cast iron.

The installation suggests a certain intimacy, an attachment even, and a sense of life running through the conduits. Although all the elements in the exhibition recall a living, perhaps even amorous creature, there is a strong industrial constituent in every work. It is a landscape of the uncanny: familiar yet distant, awkward yet caring.
The title of the exhibition hints at a different narrative altogether, one of a mythological loving act.

One of motherhood par excellence. La Lupa is a She-wolf who nursed and sheltered the twin brother Romulus and Remus after they were abandoned in the wild and cast into the Tiber River. Romulus would later become the founder and first king of Rome. In the famous bronze sculpture known as the Capitoline Wolf, the two infants are drinking milk from the eight generous breasts of the legendary creature. Deshayes homages this powerful moment with the work Lupa, a sculpture made of eight aluminum parts bolted together to create a totemic circuit board that is suspended in between the rough, the engineered, the organic, and the mellifluous.
We find ourselves inside the fictional animate creature with its warm milk that travels down ducts and feeds through the nipple while the hot water in the pipes, like blood, brings nutrients to the organs. The temperature in the rooms is in fact set to the normal temperature of a wolf’s body, at 38.3C.

Heat is a form of energy that can be transferred from one object to another (it can also be created at the expense of the loss of another form of energy). In February 2007 researchers have successfully generated electricity from the heat by trapping organic molecules between metal nanoparticles, an achievement that could pave the way toward the development of a brand new source of energy. Heat also accelerates certain processes, such as corrosion, aging, and decomposition. Deshayes seems to acutely remind us that life happens in uncomfortable places.”

All Images:
Courtesy the artist and Stuart Shave/Modern Art
Photos by Roberto Apa