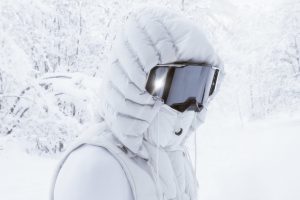 Basement Roma, the project led by CURA. since 2012, is thrilled to announce the opening on February 22, of its new exhibition space, with the first solo exhibition in Italy by French artist Sara Sadik, Xenon Palace: Christal Zastruga, a multi-media installation shaping a futuristic hookah lounge.

Through a wide collaboration among private and public institutions, Sara Sadik’s exhibition will then move to French Academy in Rome – Villa Medici with a three days performance (April 26–28, 2023) before moving—with a second chapter of the show—to the Kunsthalle Lissabon, at the end of June 2023. A talk between the artist and French curator Martha Kirszenbaum will be held at Soho House Roma, on February 21, in the frame of The Art Room program.

With its new exhibition program, Basement Roma revamps its interest on the quests of a new generation of international artists, of the new media and digital culture, moving images, experimental art and new languages, able to interpret the editorial soul of CURA.